This mating group consisted of 6 animals, with 5 very eager males!

The Southern Right Whale mating strategy is a little different from that of other animals, where males compete for a chance to mate with the females.

Southern Right Whales are all about free love, with mating groups of up to 9 individuals coming together to flirt and frolic.

In a mating group, there is often only one female surrounded by several males, and surprisingly, she will likely mate with all of them. 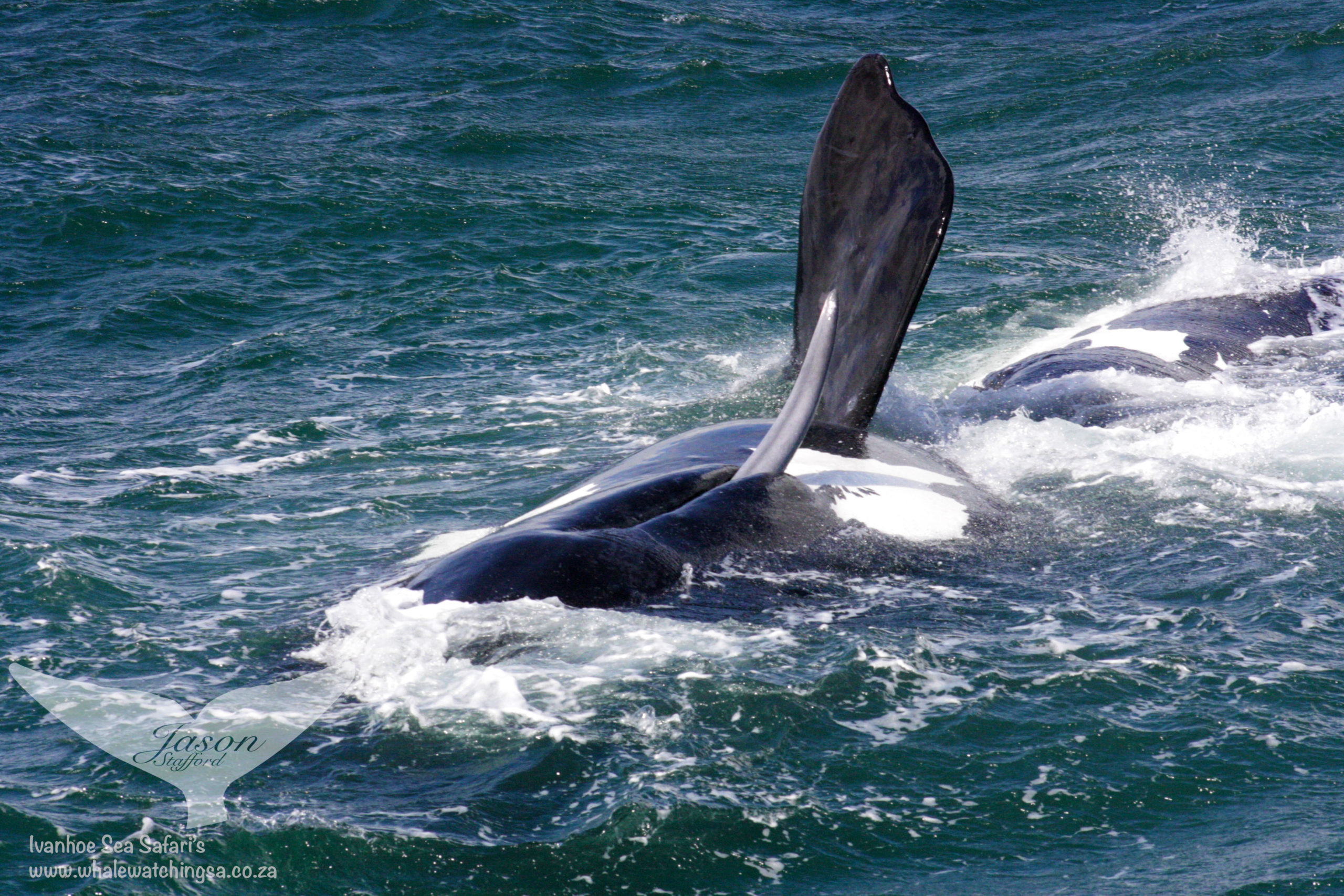 It is believed that Southern Right Whale bulls don’t compete with each other, but rather, attempt to out compete their rivals inside the female.

It is thought that they try to dilute the sperm of rivals, with the male producing the most sperm having the highest chance of fathering a little whale for the survival of the species.

It is perhaps for this reason that Right Whales hold the title for having the largest package in the animal kingdom, larger than that of the Blue Whale, to aid in this fascinating mating strategy.

When the whales are mating, they typically pay no notice to us, although sometimes the females will tire of the males tomfoolery and try to use us as a diversion.

This was exactly the case of the poor female yesterday, who seemed a bit fed up with all of the attention.
All of this footage was captured within the boat based whale watching regulations of South Africa.

As the whales came within 50m of the boat, we set our engines in neutral and waited for these beauties to clear before maneuvering once more.

As the world opens up, we look forward to inviting you to South Africa to experience this all with us!

We have tours launching on Every day of the week, weather dependent, if you’d like to join, please get in contact or place and online booking!