Hermanus whale festival 2021 has been cancelled due to the Covid Pandemic but normally it is a yearly event that takes place on the last weekend of September to celebrate the arrival of Southern Right whales to the shores of South Africa.

Every year during the months of June and December, Southern Right Whale mothers make their way to the sheltered waters of Walker Bay to raise their calves.

During the peak of this season, visitors of a different kind also flock to the area to attend the Hermanus whale festival. This festival was established in the early 1990’s and is an enviro-arts festival not to be missed. The Whale festival is a lively outdoor event that takes place towards the end of September.

One can expect to find good food and wine, music, stalls although our gentle giants remain the main attraction.

Whilst enjoying the festivities of the Hermanus Whale Festival, don’t forget to peer over the cliffs and look into the water to stand a chance to spot a mother and calf Southern Right Whale passing by.

If you’re worried that you’re not eagle eyed enough to spot a whale yourself, fear not. The Hermanus Whale festival has a whale crier, who will blow his or her kelp horn as soon as a whale is sighted. 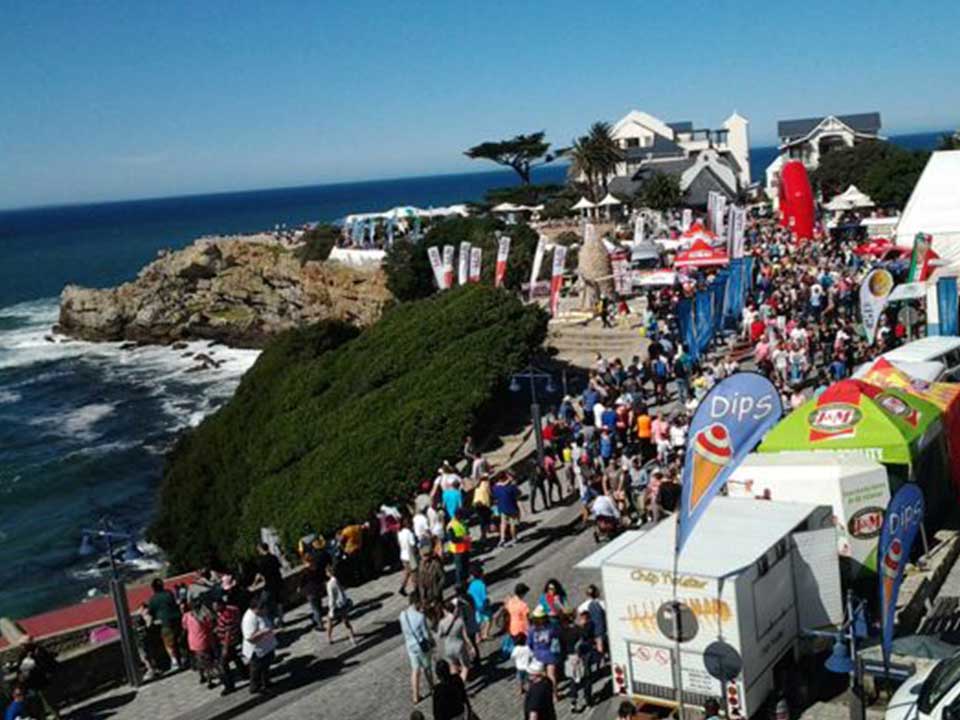 To spot the whales from shore, keep your eyes out for the V-shaped spout of the whale, their large black bodies protruding at the surface or whale footprints.

These are large, round flat patches of water left by the tail of the whale as they swim along. If you’re in luck, you might even spot the whales flipper slapping, lobtailing or even breaching from the shore.

These sights are just one of the reasons to join the Hermanus Whale festival, as these cliffs have been voted the best land-based whale watching spot in the world.

Though the entire Hermanus whale watching season holds the opportunity to spot Southern Right Whales, the Whale Festival has been purposely situated during the peak of the season to better the chances of spotting the whales during the celebration.

Wendy the mascot of the Hermanus Whale festival

Wendy was a Southern Right Whale that beached in the area in the 1930’s. Wendy united the town as the people came together in order to try to rescue her.

The Story of Wendy the Whale reminds us of the importance of living in harmony with nature and all living things. Wendy is also a Southern Right Whale that can be adopted.

The MRI Whale Unit have a beautiful Wendy Whale up for adoption. She frequents the South African Coast Line to give birth to her calves, having already raised 7 beautiful baby whales along our coastline. 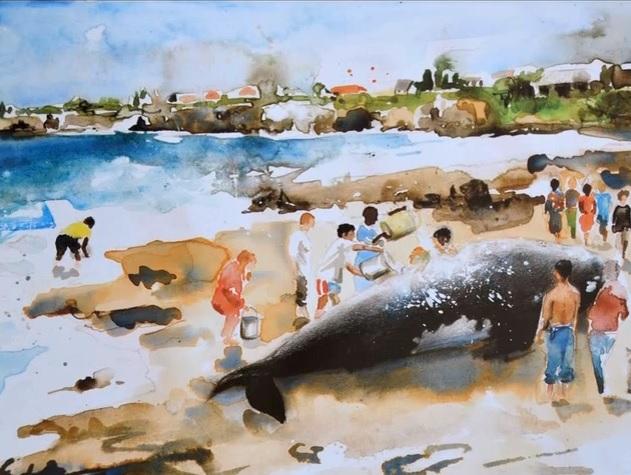 Ivanhoe runs 4 to 5 trips a day during the festival

During the time of the Hermanus Whale Festival, we run 4 to 5 whale watching tours a day.

If you would like to beat the crowds and enjoy a more exclusive whale watching experience, why not join us for a two hour boat tour?

During your whale watching tour with us, we hope to show Southern Right Whales set to the background of the white sandy beaches of Die Plaat.

There is also a chance to spot other species such as Cape Fur Seals and even the endangered African Penguin.