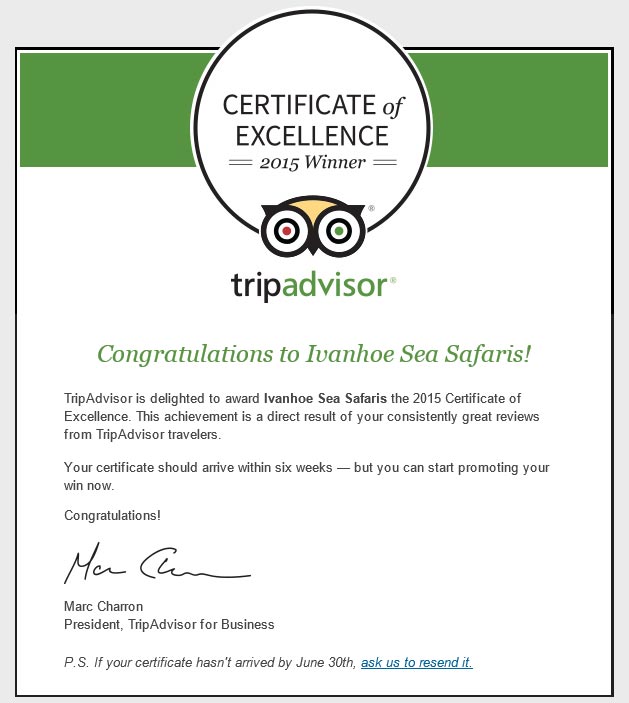 We are delighted to be a TripAdvisor Certificate of excellence award winner. September has shown up, bringing changes all around the regular world. As the virus gradually plunges upon the Northern Hemisphere, the Southern spans of the globe are being warmed by Spring, or more all, Spring messengers fresh starts; new life. The collective of animals is significantly influenced by this difference in seasons, and the marine existence of Walker Bay is no special case. For some, creatures, Spring implies propagation, and in this post we will investigate what this implies for a portion of the notable species seen from The Ivanhoe.

The first, and generally critical for us is the Southern Right Whale. Females, conveying the earlier year’s calves, start to move inshore where they will look for shielded waters in which to conceive an offspring. What’s more, this is a piece of the enchantment of Walker Bay, for it is referred to world-over as a supported birthing ground for the Southern Right. After an incubation time of around a year, dairy animals will move back to their own origin so as to bring forth a solitary calf. Weighing up to a titanic 1.5 tons and 6m long, the calf will nurture from nipples close to its mom’s vents for 6 a year. Calving whales require security, and moms with calves can be defensive, so The Ivanhoe may not approach inside 200m of them – anyway don’t let this dishearten you. With the relocation of whales into Walker Bay, come numerous one-year-old calves who are returning to their place of birth. These youths will promptly move toward human vessels, and can regularly be very perky, introducing the perfect open door for picture takers.

Book online here or contact us directly to enquire about one of our whale watching tours.